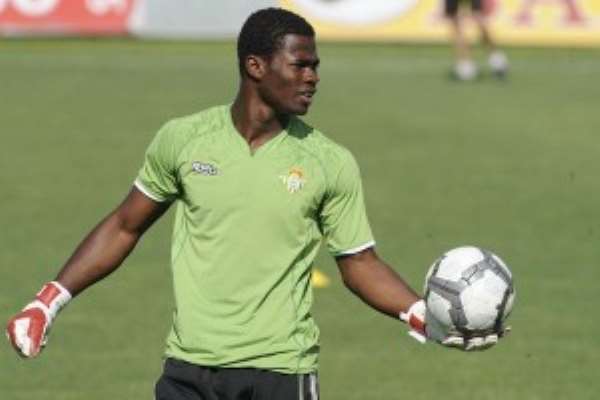 Ghana international goalkeeper Razak Brimah has opted not to extend his expiring contract with Spanish second tier side Mirandes with several sides seeking his signature, GHANAsoccernet.com can exclusively reveal.

The 27-year-old has been one of the stand-out players in the Segunda Division this season earning him big reviews which has attracted interest from several clubs in the top-flight La Liga.

With Mirandes failing to qualify for the La Liga, the in-demand goalkeeper has decided to not extend his contract which expires at the end of this month.

Brimah was the first choice goalkeeper for Mirandes in the just ended season where they nearly qualified for the top-flight and says it is time for him to look for bigger challenges.

“I have decided to move on from Mirandes where we have achieved specials things this season. Now I will concentrate on the national team and talk about my club future later,” Brimah told Ghana’s leading football news website www.ghanasoccernet.com on Thursday.

The Ghana goalkeeper is being chased by two clubs in the Spanish top-flight as well as others in France and England.

He has arrived in the country to prepare for Sunday’s Africa Cup of Nations qualifier against Mauritius.