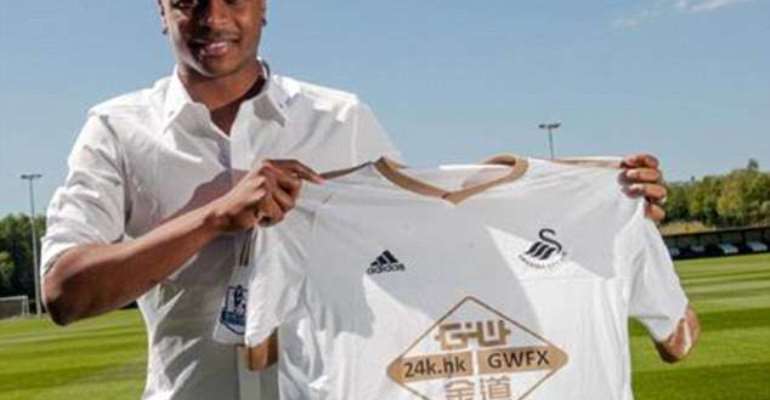 S wansea City's capture of Andre Dede Ayew will be arguably one of the best deals of the summer.

The Ghana midfielder joined the Swans on a free transfer from Olympique Marseille after signing a four-year deal.

Andre's move didn't go well  with some West Ham and Tottenham fans who were shocked they hadn't completed the signing that had only a few days earlier looked likely.

Below are a selection of Twitter comments reacting to Ayew's signing:

I wanna sleep in jail for this — says Shatta Wale whiles lea...
38 minutes ago