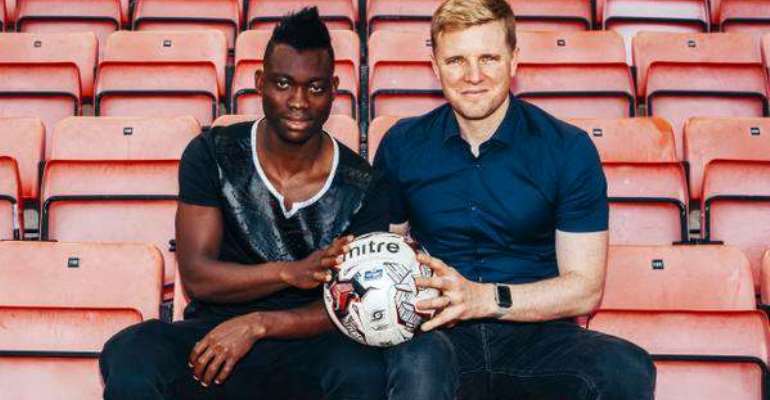 Bournemouth boss Eddie Howe has explained that he has brought Christian Atsu on loan from Chelsea because he believes he will add pace to his side.

Howe moved quickly to secure the Ghanaian international, alongside Joshua King on-loan after gaining promotion to the Premier League and is loking forward to utilising their main attributes.

"The two outfield signings will both add pace and attacking qualities to the squad," he confirmed.

"We are certainly looking at more players.  We are very aware we are entering a new league and a completely different challenge awaits us."

Howe has already added keepers Adam Federici from Reading and Arthur Boruc from Southampton as he looks to improve his squad.

Christian Atsu will be looking to get more playing time under his belt after limited opportunities on loan at Everton last season.

He is currently in camp with the Black Stars preparing for their AFCON 2017 qualifier against Mauritius.

I wanna sleep in jail for this — says Shatta Wale whiles lea...
37 minutes ago