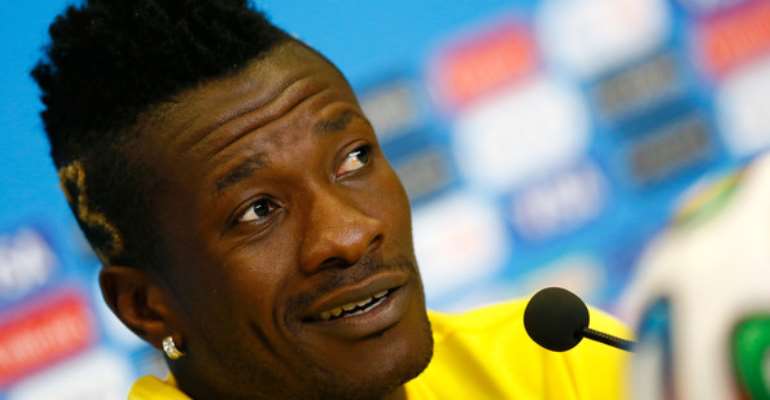 By Rahman Osman
Follow on twitter @iamrahmanosman
Ghana and Al Ain striker Asamoah Gyan is refusing to rule out a return to Europe when his adventure in the Arabian Peninsula comes to an end.

The former Sunderland striker has also seen his statistics for the national team improve immensely since moving to the United Arab Emirates becoming the highest scorer in the history of the Black Stars during this period with 46 goals.

But despite Gyan's improved performance at both club and national level during his stay in the Arabian gulf he has hinted he could be tempted to have a final crack at European football.

'I am happy where I am now because statistically I am scoring more now than when I was in Europe,' Gyan said

'But you never know. Maybe a club from Europe will come for me again.

''It all depends on my performance so that is where my focus will be.'