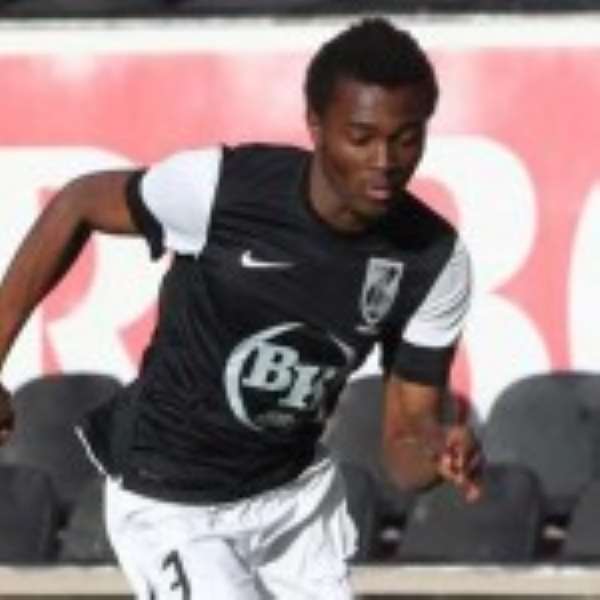 The 20-year-old, who plays for Portuguese top-flight side VitÃ³ria GuimarÃ£es, delivered a wonderful strike in the first half to seal victory for the Ghanaians.

The Manchester United target impressed heavily on his debut and truly justified his inclusion in the team after a scintillating season with the Portuguese outfit.

And Israeli gaffer Avram Grant was left thrilled with the performance of the highly-rated Ghanaian international.

'I'm happy with Mensah's performance especially with his goal and he is a very good player,” Grant said at the post match press conference

'The match was a good experience for my team and we are satisfied with the outcome of match”.

“Mensah is one of the players I have been monitoring over the last three months and I can promise you he won't be the last one.”

Scouts of Manchester United are keeping tabs on the performance of Mensah as they were rumoured to be at the Accra sports stadium.