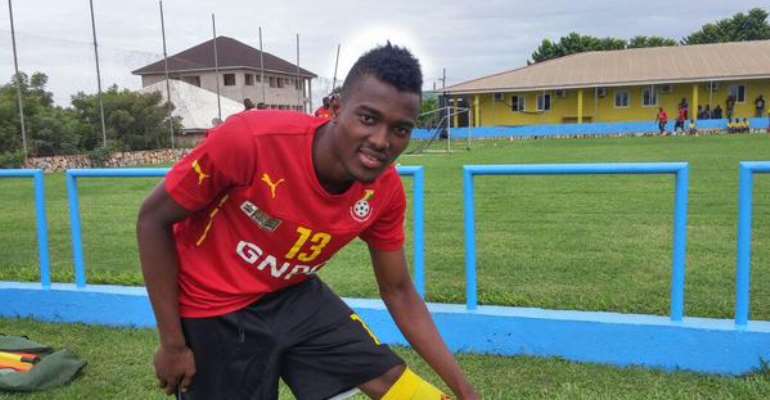 Manchester United boss Luis van Gaal sent scouts to the Accra Sports Stadium to watch their transfer-target Bernard Mensah in action for Ghana in an international friendly on Monday afternoon.

United have had their chief scout Jim Lawlor watching the prodigious attacking midfielder who scored five league goals and provided five assists for Guimaraes in the Portuguese top-flight.

van Gaal is ready to announce a deal to sign the talented youngster but has handed the job over his scouts to have the final say.

Lawlor was also reportedly present in Portugal to watch Mensah play for Guimaraes in their last league games against Sporting Lisbon and Estoril.

According to GHANAsoccernet.com investigations, the scouts will remain in Ghana to monitor Mensah during Sunday’s 2017 AFCON qualifier against Mauritius at the Accra Sports Stadium.

Spanish La Liga outfit Valencia as well as French Ligue 1 title-holder Paris Saint-Germain, AS Monaco and Juventus are rumoured to be interested in him but there has been no official bid.