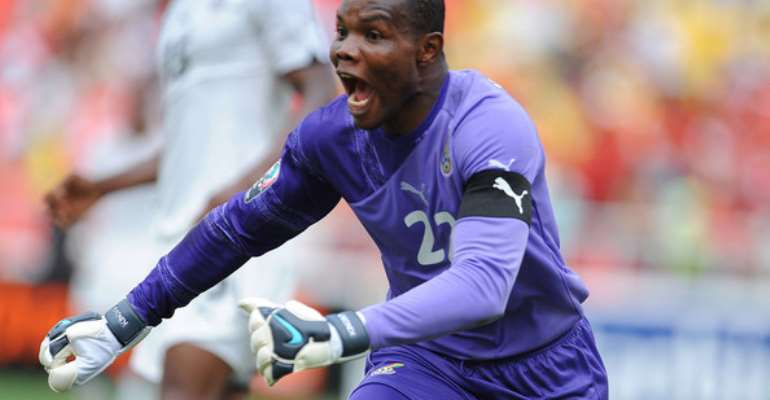 Veteran Ghana goalkeeper Richrad Kingson says he is focused on helping Great Olympics attain greater heights this season and has got nothing to prove to anyone.

Richard Once again was the difference as Olympics secured a priceless point against New Edubiase over the weekend.

The former Blackpool goalie was at hand to save a late penalty and ensure that Olympics avoided a defeat in the opening game of the second half of the first capital plus premier league.

Kingson has conceded only twice in 7 games but says he is not on a mission to prove anything to anybody.

'Good game and that is it. The entire team did very well and we continue to ensure that we pick up points game by game,' Kingson said after the game

'I love the game and I will continue to play till I feel I cannot play again and I continue to insist that I have nothing to prove to anyone.'

I will disappoint any MMDCE who doesn't live up to expectati...
11 minutes ago