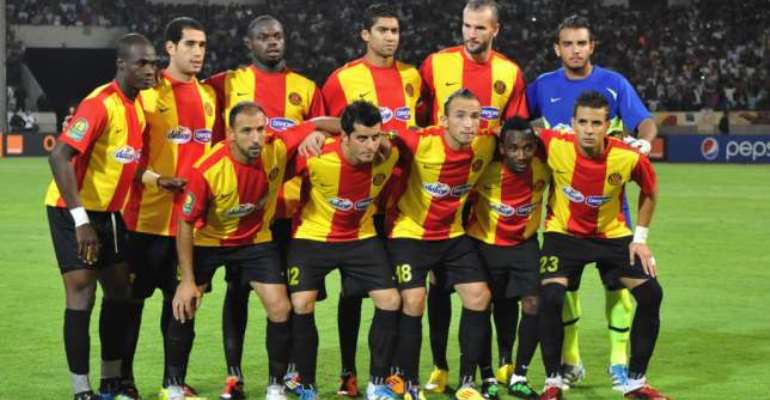 Hearts of Oak have crashed out of the 2015 Confederation cup by Esperance de Tunis after a 1-1 draw at the Accra Sports Stadium on Saturday aggregating the score line to 5-1.

The Phobians lost the first leg 4-0 in Tunis three weeks.

In the game Hearts of Oak had better share of the early exchanges which worked to their favour by the team registering the first goal in the 4 minute, after Isaac Mensah headed home Isaac Oduro's diagonal cross.

Esperance de Tunis swiftly responded a minute later but their goal was ruled offside, the Phobians intensified the pressure on the Tunisian side but the final connection was very poor with the away side gaining confidence in the game by the minute.

From the recess, Hearts of Oak started from where they left by pushing Esperance de Tunis back as the closest they came Ben Cherifia Moez in post for the Tunis based club saved the situation for his side. The Phobians never got frustrated as they kept on probing for another goal but they failed to hit the back of the net.

In the 87 minute mark, Hearts of Oak got punished by Esperance de Tunis after Samuel Eduok set up Wassim Naghuoch who shot the ball pass Soulama Abdoulaye for the equalizer.

The referee in the middle after 4 minutes of time added on blasted his whistle for the end of the game as Esperance de Tunis go through to the group stage of the Confederation cup on a 5-1 aggregate.