Super sub: Boateng the hero as Ghana beat Panama to win Group B 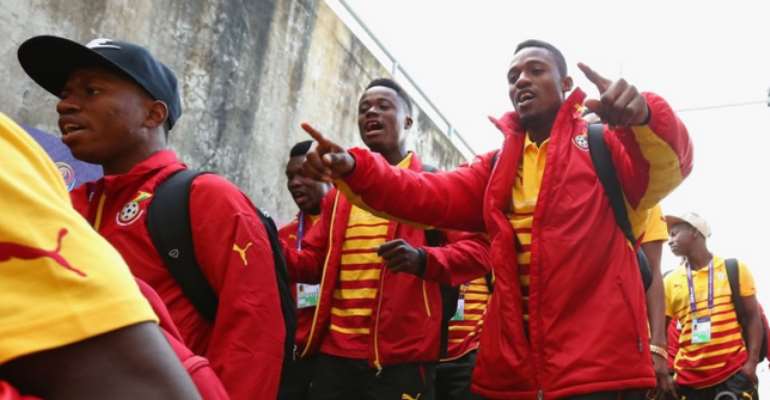 Substitute Emmanuel Boateng was the hero for Ghana as the Black Satellites scraped a 1-0 victory over Panama to grab all three points in their last Group game at the 2015 FIFA U-20 World Cup.

Boateng, a defender turned striker, proved his worth in attack by controlling a long pass, took on a defender of Panama, dummied him before placing a cool shot past the goalkeeper for the only goal of the game.

Panama were handed a seemingly lifeline on teh stroke of full time when Patrick Asmah committed a foul in the penalty box but Escobar failed to convert from teh spot, shooting well over goalkeeper Ati in post for Ghana.

The victory ensured the Black Satellites topped Group B on seven points following a goalless draw between Argentina and Austria which also meant the record 6-time winners from South America failed to win a single game in New Zealand and crashed out at the very first hurdle on a mere two points .

Austria amass five points and qualify for the second round alongside Ghana as both countries now await confirmation of their round of 16 opponents. Follow @thedonplato

Perfidious Asiedu Nketiah and Ofosu Ampofo are imposters in ...
52 minutes ago