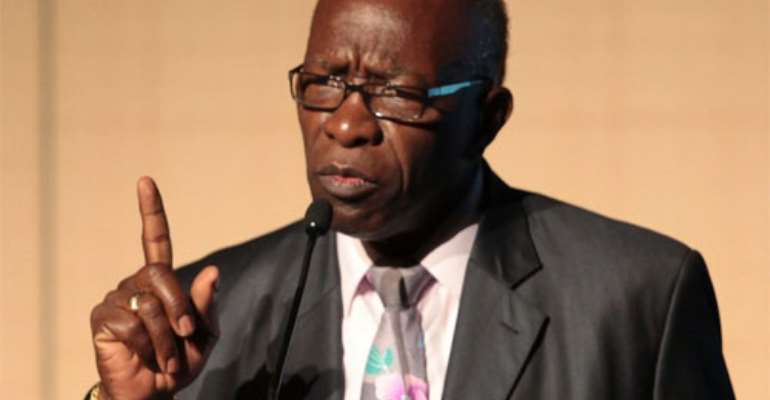 Jack Warner
Former senior FIFA official Jack Warner, who has been indicted in a wide-ranging bribery scandal, has promised to unleash a tide of evidence relating to the dealings of world soccer’s governing body and its president, Sepp Blatter.

Warner said he fears for his life but it is time to stop keeping secrets for others.

The revelations came first in a paid political ad, titled “Jack Warner: The Gloves are Off,” in which he said he had prepared a comprehensive series of documents on FIFA’s transactions, including checks and corroborated statements.

They have been placed in “different and respected hands,” he said. “There can be no turning back.”

In the TV ad, aired in his native Trinidad and Tobago on Wednesday, Warner said he would “no longer keep secrets for those persons who now seek actively to destroy this country’s hard-won international image.”

He also said, “I reasonably and surely fear for my life.”

Warner, who has so far not produced any documents or other physical evidence to support his claims, has displayed some erratic behavior in recent days as the scandal has widened.

He scored a public relations own-goal Sunday by citing an article by satirical news outlet 'The Onion ' in an attempt to counter criminal charges against him and prove the United States was pursuing its own agenda in the investigation.

And last week, shortly after he left a Trinidad and Tobago jail in an ambulance — having reportedly been released on bail on the grounds of exhaustion — he concluded a news conference in which he accused the United States of a “witch hunt” by dancing and singing, “Don’t worry about a thing.”

Warner took a more sober tone in his political ad. And shortly after it aired, the 72-year-old again promised to impart information about FIFA’s operations to those investigating alleged corruption at a rally for his Independent Liberal Party.

“I also will give them my knowledge of financial transactions at FIFA including, but not limited to, Sepp Blatter. I have been there for 30 consecutive years. I was a heartbeat away from Blatter. I said to him in 2011, ‘It’s time — at 75 — it’s time to step down,’” he said.