Stephen Appian – From Mighty Victory To Greater Victories For Ghana 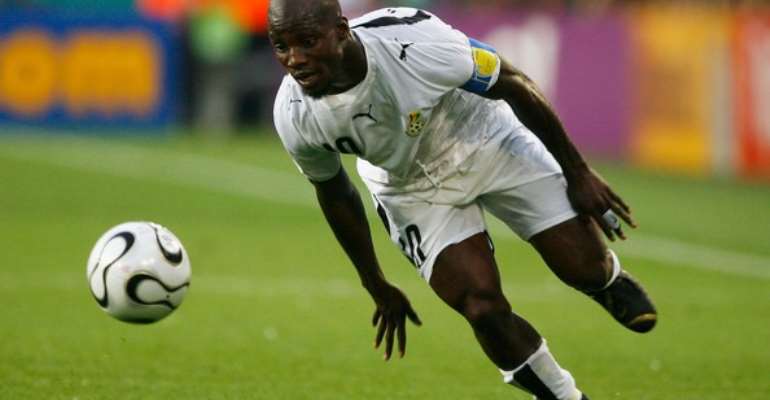 When former Hearts Team Manager and Chairman Nii Ayi Bonte II, the Gbese Mantse, had the opportunity to reveal how former Black Stars captain, Stephen Appiah was discovered from the colts football and ushered him into the colours of Accra Hearts of Oak in the early 90’s, he disclosed that he knew the Chorkor boy was in to change things in Ghana Football, and he did it by leading the Black Stars to the World Cup.

Nii Ayi Bonte II known in private life as Thomas Okine Quaye made the chilling revelation when Stephen ‘Tornado’ Appiah paid a special courtesy call on him in his Gbese palace to officially inform him for the Dinner and Testimonial Match scheduled for June 26 and 27 respectively at the State Banquet Hall and Accra Sports Stadium.

According to Nii Gbese, he saw Appiah playing for Mamprobi based Mighty Victory against club Cowlane Babies of Accra Central at the Hearts Park, near the Department of National Lotteries in the early 90s and was marveled at the talent and skill of the young player.

He immediately sent former Hearts of Oak defensive pillar Emmanuel Armah Senegal to Appiah to invite him over to his residence at Korle Gonno for a discussion as other clubs like Great Olympics and Real Tamale United scouts had also seen him and wanted to convince him.

“All along I was confident he was going to be a great player and by the grace of God, what I saw in him years back has indeed materialised.

“He was full of talent and I could not ignore him so I decided to pull him from Colts to Premier League.

“I am happy today, the player contributed to the qualification of the Black Stars to the 2006 FIFA World Cup.”

According to Nii Ayi Bonte, he adopted the former Black Stars skipper as a son and stayed with him for a long time.

The former Hearts boss said he was proud of his achievements as a great football player who was also very disciplined and respectful.

Stephen Leroy Appiah thus played for all the national football teams namely, Black Starlets, Black Satellites, Black Meteors and the Black Stars. His clubs in Ghana were Mighty Victory Colts club and Accra Hearts of Oak SC before moving to Europe to start his professional career in Italy with Udinese, Parma, Brescia and Juventus. He went to play for Fenerbahçe in Turkey, then back to Bologna and Cesena. Appiah featured also for Vojvodina and ended on a not too good note as he was plagued with injuries and had to be injected before playing tough matches.

Although he did not win any major trophy for the Ghana Black Stars, he feels proud to lead the nation to the FIFA World Cup in 2006 in Germany and also featured in 2010 in South Africa.

Appiah is however elated to mention that he won honours with his clubs in Europe after helping Hearts to grab the FA Cup in 1996 and the OneTouch League Trophy in 1997. With Parma he got the Coppa Italia in 2002, at Juventus, he won the Supercoppa Italiana in 2003, then when he went to Turkey, at Fenerbahçe, he took the Turkcell Super League: 2006–07 and Turkish Super Cup: 2007.

The El kapitano as he is called by his playing mates has invited other dignitaries to the two events like the Osu Manste, Ex-Presidents Jerry John Rawlings and John Agyekum Kufour as well as other well respected personalities.

His foreign playing mates will grace the testimonial match on Saturday June 27, 2015 at the Accra Sports Stadium.

The match is being organized by Prime Val Consult headed by Larry Opare Otoo, a sports journalist and events organizer. Meanwhile, companies like Vital Milk and Unibank are supporting the programme 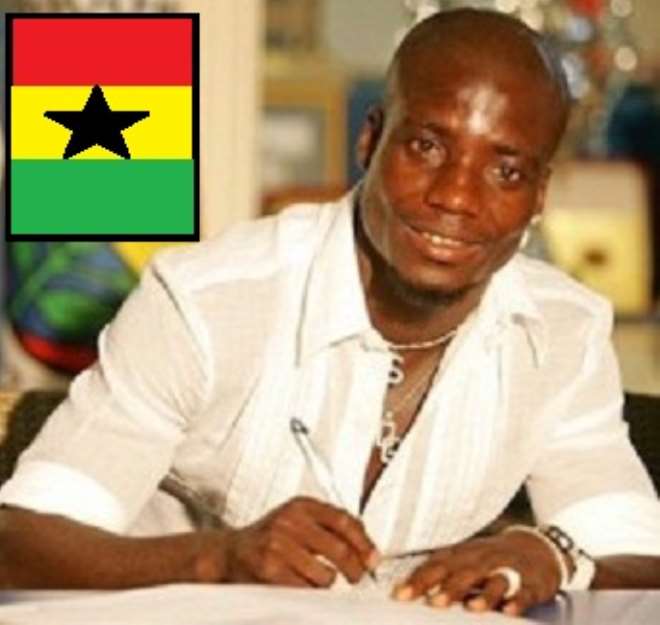 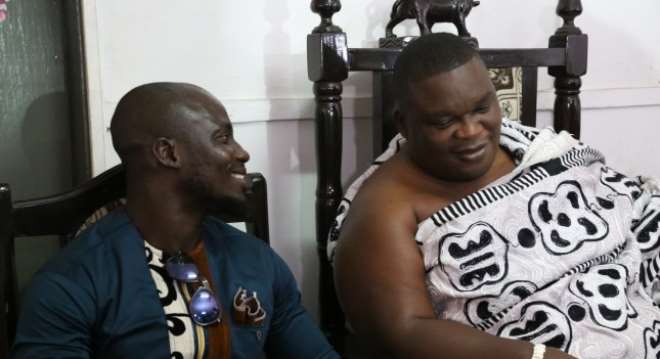