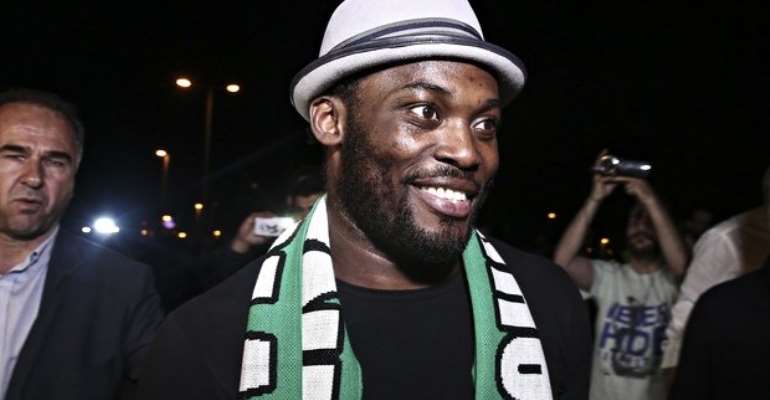 Michael Essien has signed for Panathinaikos on a two year deal.

The 32-year-old, who was restricted to 22 appearances for Milan because of injuries, has signed a two-year contract with the Greek Super League runners- up.

Following completion of his move on Tuesday evening, he granted his first interview on the move.

"I am delighted to have joined Panathinaikos and to play for one of the historically giant teams of Europe and Greece. Its a new beginning for me and although I have moved clubs many times, its always a fresh start when you join a new club. I can only say thanks to the club for signing me''

"It is a challenge I am looking forward to and can’t wait to join the rest of the team during pre season. The club have qualified for the qualifying stages of the champions league so the first task is to make the group stages and we will see what can happen after that. The league will also be a target and I am sure we can push for that."

"Before all that I have to fight for my position like all the other players and to make sure I am in the first 11 and then I can push from there."

He was ecstatic with fans gesture upon his descent and looks to follow his predecessors.

"I am already feeling the love of the club through the supporters who came to the airport after midnight to welcome me. I t was incredible and something I will never forget."

"Finally like Mahamadou Diarra and Djibril Cisse before me, I hope to do well here and provide joy to the fans and club."