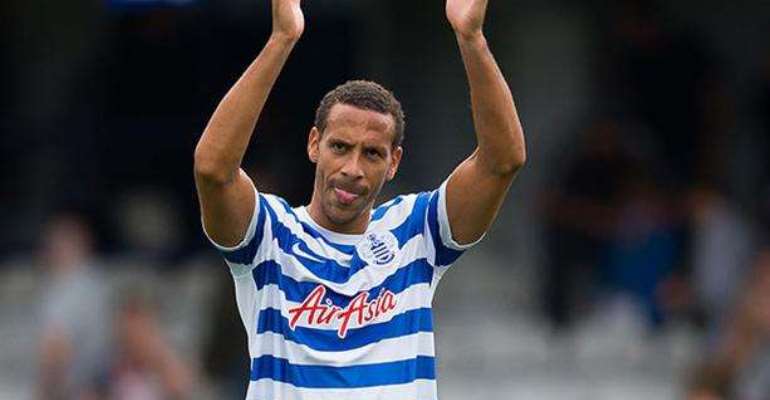 Ferdinand who missed the end of last club Queens Park Ranger's season after tragically losing his wife announced his decision to hang his books live on BT Sport.

The 36-year-old made his senior debut at West Ham United in May 1996 and played his last game for Queens Park Rangers in April 2015.

Rio Ferdinand in his statement on BT Sport said it was 'the right time' to retire from 'the game I love' and that it was 'with immense pride' that he had 81 caps with the England national team.