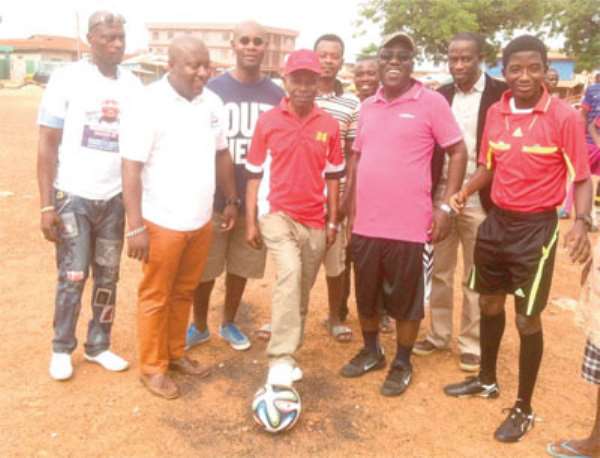 Henry Nana Boakye aka 'Nana B' on May 25, which was Africa Union (AU) Day, organized a football gala to entertain and unite the people of Manhyia North Constituency in Kumasi.

Nana B, who is a member of the NPP Communication Team, is also a top contender in the upcoming Manhyia North NPP parliamentary primaries.

Communities in the constituency such as Dote, Buokrom, Buokrom Estate, Duase and Sepe Buokrom competed for supremacy in the tournament.

The one-day event, which was staged at the Buokrom MA JHS Park, was played ostensibly to mark the AU Day.

The winner of the tournament took home a giant trophy, a brand new set of Adidas jerseys and an undisclosed amount of money.

Sir John and Ayisi Boateng described Nana B as an intelligent and development oriented politician, praising him for organizing the tournament.

Nana B told DAILY GUIDE SPORTS that each participating team would take home a brand new football and other prizes.

He said he decided to organize the football gala to unite the people of Manhyia North irrespective of their political affiliation on the AU Day.