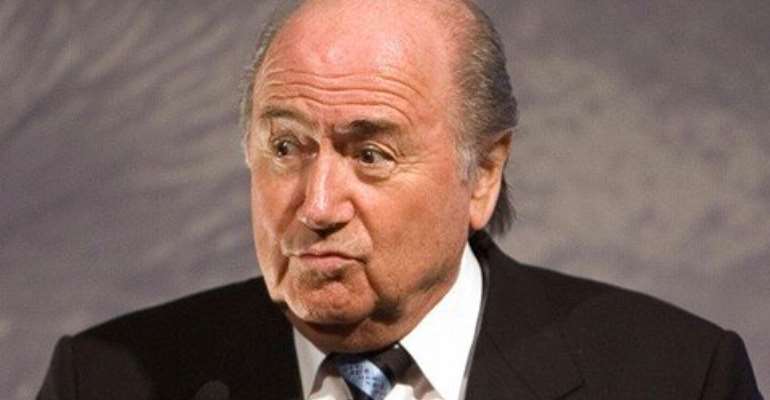 Fifa president Sepp Blatter has condemned the "action of individuals" for bringing "shame and humiliation" on football in a corruption scandal.

But he said that although many held him "ultimately responsible" for the football community, he could "not monitor everyone all of the time".

He was speaking at the opening of Fifa's congress, a day after seven top officials were held in a US inquiry.

Mr Blatter has faced calls to quit but is seeking re-election on Friday.

Many of Fifa's major sponsors have expressed concern over twin corruption investigations by both the US and Swiss authorities. 'Dragged through the mud'

Speaking at the opening ceremony of the Fifa congress in Zurich, Mr Blatter said the events of the week had "cast a long shadow over football".

In his first public appearance since the scandal broke, he said: "The actions of individuals bring shame and humiliation on football and demand action and change from us all.

"We cannot allow the reputation of football and Fifa to be dragged through the mud and it has to stop here and now.

"Many people hold me ultimately responsible for the... global football community... I cannot monitor everyone all of the time. If people want to do wrong they will also try to hide it."

But he added: "It must fall to me to bear the responsibility for the reputation and well-being of our organisation and to find a way forward to fix things."

Mr Blatter admitted the "next few months will not be easy - I am sure bad news will follow" but that with Friday's vote, "we have the opportunity to begin on what will be a long and difficult road to rebuilding trust".

Mr Platini had earlier taken part in an emergency meeting with other Fifa confederation heads and Mr Blatter.

Mr Platini said he had asked Mr Blatter "as a friend" to resign, saying: "I have had enough - enough is enough, too much is too much."

The president refused, and the other confederations agreed with him that Friday's vote, in which Mr Blatter is seeking a fifth term, should go ahead.

Mr Platini said that if Mr Blatter won, Uefa could hold an extraordinary meeting in Berlin at the time of the Champions League final.

When asked if this could include withdrawing from Fifa competitions, Mr Platini said: "We will raise all possibilities."

Britain's David Gill said he would not take up his post on Fifa's executive committee if Mr Blatter were re-elected. Swiss investigation

Some of the 14 people indicted on Wednesday in the US investigation are accused of receiving bribes to influence the outcome of bids to stage football tournaments, such as the 2010 World Cup in South Africa and the 2016 Copa America in the US.

Fifa on Wednesday provisionally banned from football-related activity 11 of the 14 people charged in the US. On Thursday it added another, Aaron Davidson.

Swiss prosecutors plan to interview 10 Fifa executive committee members as part of a separate investigation into the bidding process for the World Cup tournaments in 2018 in Russia and 2022 in Qatar.