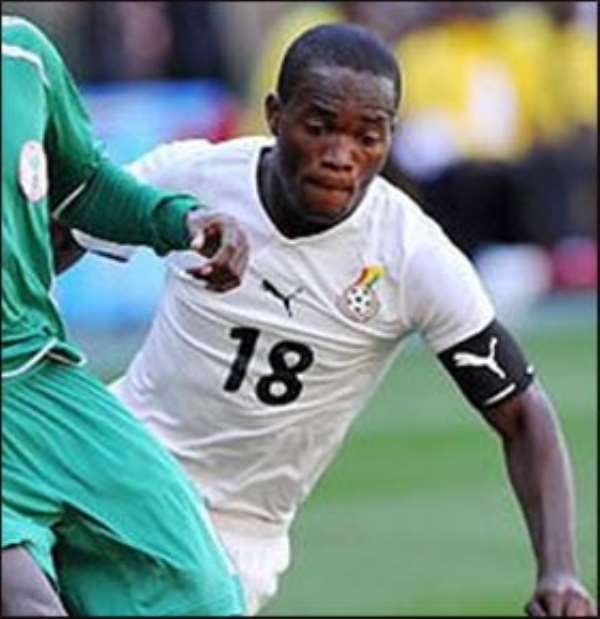 Striker Mahatma Otoo was on target last Monday when his side, Sogndal defeated Sandness 2-1 to revive their hopes of returning to the premiership of the Norwegian league.

His classic third minute strike unsettled the home side.

The early lead helped the visitors to double their advantage 26 minutes on through H. Patronen.

Fifteen minutes after recess, Sandness' AB Skjovlvik pulled one back.

And in a post-match telephone chat, he said, 'I must say I am enjoying every moment of the league since returning from my short injury; thanks to my colleagues though.

'I am in an incredible form, and I am hoping it continues. We're hoping to return to the elite league. I believe if we continue the way we are playing, we will achieve our target,' he added.

The Black Stars striker has been in an impressive form lately, scoring three goals in FA Cup games and two league games.

I can’t blame my visa denial to Netherlands on anti-LGBTQ+ a...
42 minutes ago