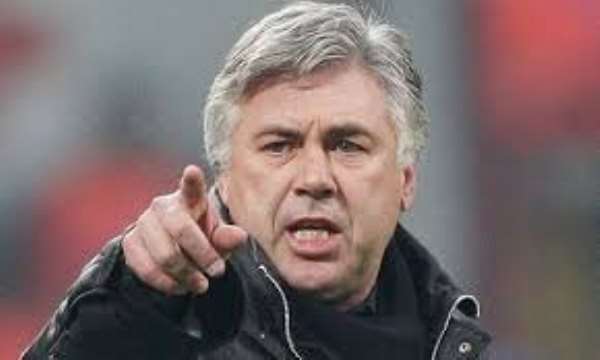 Real Madrid have announced they have sacked Carlo Ancelotti as head coach.

The Italian coach has been widely expected to leave the Santiago Bernabeu this summer after a disappointing end to the 2014-15 season, which saw Madrid lose out to Barcelona in the Liga title race and exit the Champions League at the semi-final stage at the hands of Juventus.

The reigning European champions have now confirmed they have parted ways with the man who delivered La Decima to the club.

Madrid president Florentino Perez said: "I want to tell you that we have decided to relieve Carlo Ancelotti of his duties as Real Madrid coach. It’s been a very difficult decision for the board but as I always say, we haven’t come here to take the easy decisions but the best decisions for the institution.

"Carlo Ancelotti in these two years, has won the affection of the board and my personal affection and that of the fans. Carlo is part of our history. But as we all know, in Madrid the demands are great. We think it’s time for a new impulse which can allow us to win new titles and achieve our maximal level of competitiveness.

"With our great team, talent and hard work we can give satisfaction and success to our fans. I want to thank Carlo for his hard work in the last two years and tell him this is still is house and home. Next week we will know the name of the new coach of Real Madrid.

When asked about the possible candidates for the job, Perez added: "It would be good if the new manager spoke Spanish."

The former Paris Saint-Germain boss has been linked with a return to AC Milan, where he won Serie A and two Champions League titles, with Rossoneri CEO Adriano Galliani heading to the Spanish capital to meet with Ancelotti. Rumours in England also linked West Ham with a shock approach for the former midfielder.

However, the 55-year-old confirmed after Madrid's 7-3 thrashing of Getafe that he intends to take a year's sabbatical from the game in order to undergo surgery on a nervous complaint .

Napoli boss Rafa Benitez is the favourite to succeed Ancelotti at Santiago Bernabeu.