Ancelotti: I have to take a year out for surgery 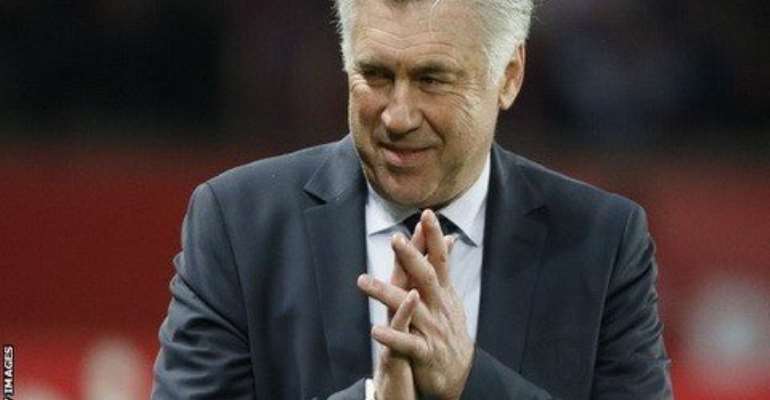 Real Madrid boss Carlo Ancelotti has all but confirmed his departure from the club, revealing that he intends to take a year out of the game for health reasons.

The Italian is expected to part company with Los Blancos in the coming days, after enduring a disappointing end to the 2014-15 season, with the Spanish side being surprisingly knocked out of the Champions League semi-finals by Juventus before finishing second to Barcelona in La Liga.

AC Milan owner Silvio Berlusconi publicly declared that if Ancelotti were to be shown the exit door at the Santiago Bernabeu, then the coach would immediately return to San Siro.

However, while Rossoneri CEO Adriano Galliani travelled to Madrid to meet with Ancelotti on Monday , the former Chelsea boss insists that there is no chance of him accepting a job offer.

"I said it in the press conference and I repeat: I will stop for a year," the 55-year-old told Il Giornale . "Also because I have a very serious reason for stopping.

"I have to have an operation because of my cervical stenosis. For some time, it has been affecting my hands and if I lose any more time, it could pass into legs, so I have an appointment for surgery.

"And, frankly, I do not know how long I have to be physically stopped, in terms of the post-operative phase and the subsequent rehabilitation.

"It will be a pleasure to host [Galliani] for dinner, but I cannot change my programme.

"I will have the operation in Vancouver, Canada, where I have already got a house with my wife.

"I will rest, between Madrid and Canada. Because the two years at Real have been very tough, believe me.

"Nobody can imagine how much training Real takes out of you, in terms of physical and nervous energy.

"Then, I will return home for another event: in a month, my grandson will be born. That's something that I cannot and do not want to miss."

Ancelotti added, though, that he remains open to going back to Milan at some point in the future.

"I have always said and thought that if I were to return to Italy one day to train a club, it could only be for Milan," he stated.

I wanna sleep in jail for this — says Shatta Wale whiles lea...
22 minutes ago