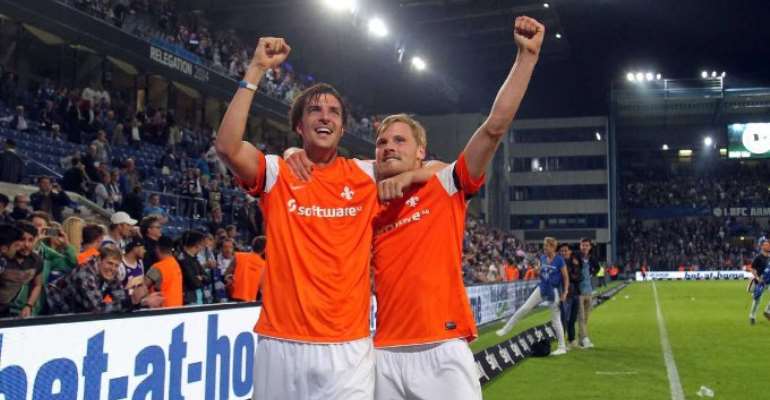 Darmstadt 98 will return to the Bundesliga after a 33-year absence after a 1-0 win over St Pauli secured a second-place finish in the second division following the final round of matches on Sunday.

The Lilies were only promoted to the second tier last year and were widely considered candidates for relegation at the start of the campaign.

Yet, thanks to Tobias Kempe's 71st-minute winner, they ended a dream run by finishing runners-up, five points behind Ingolstadt, who had already secured their return to the Bundesliga.

Darmstadt last played in the top flight in 1982.
Third-placed Karlsruhe, a point behind on 58, will go into a promotion/relegation playoff with Hamburg SV, who finished 16th in the Bundesliga.

Freiburg and Paderborn were relegated to the second division on Saturday.