Rafa Benitez would be 'delighted' to coach Real Madrid - agent 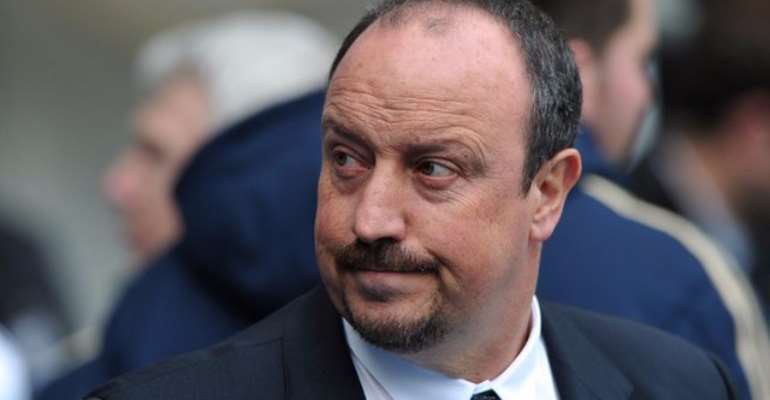 According to his agent, Rafael Benitez would be "delighted" to take the Real Madrid job, amid reports Carlo Ancelotti will leave the club.

According to Spanish newspaper Marca, the Napoli coach is unlikely to renew his contract with the Serie A outfit and reports in Italy suggest he is one of a number of possible replacements for Ancelotti - who has received a personal invitation from Silvio Berlusconi to return to AC Milan.

Benitez has been linked with the Madrid hotseat on a couple of occasions in the past, particularly after steering Valencia to two La Liga titles and Liverpool to Champions League glory.

Although Tuesday was earmarked for the day Ancelotti was due to sit down and discuss his situation with club president Florentino Perez, it now seems likely the pair will meet after the final game of the season against Getafe this weekend.

Reports maintain that Sunday is when the Italian will definitely learn whether or not his future lies at the Santiago Bernabeu, while at the moment he is continuing to prepare the team as normal for the Getafe match. "This is just a strong rumour for the moment,” Benitez's agent Manuel García Quilón told Managing Madrid. "Rafa is still preparing what will be a huge game for Napoli [at Juventus on Saturday]. They [Madrid] have not called us.”

And now, to stoke the fire even more, Benitez's agent Manuel Garcia Quilon told TV station Cuatro that, while there is nothing concrete, his client would jump at the chance to join the Spanish giants.

"There is nothing at the moment," Garcia Quilon said.

"Just a general rumour. Rafa has been a Madrid player, a Madrid [youth] coach, and is from Madrid -- so who would be upset by that? I am not inside his head, but I would imagine he would be delighted to coach Real Madrid at some time."

ANALYSIS
It seems difficult to imagine Benitez would not be among the candidates to take over Los Blancos. His CV and achievements must make him a serious contender, but is he a sexier name than Ancelotti?

Much depends on how the president Florentino Perez views matters. Juergen Klopp or Jose Mourinho would surely be the preferred options while there is also Benitez's longing to work in England to consider.

The Madrid job has a high mortality rate. Ancelotti's head is on the chopping block just a year after winning the Champions League. Yet the smart money may be on the former Milan and PSG coach remaining at Madrid if a preferable figure does not become available.

Election 2020: Only Uniform Personnel Will Be Deployed – Gha...
45 minutes ago