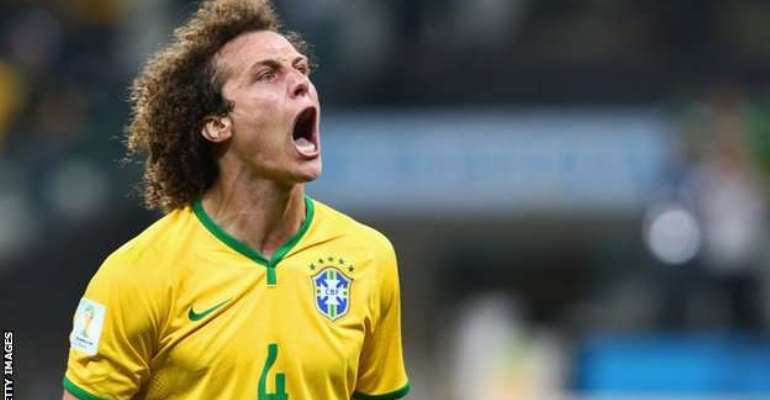 Paris St-Germain defender David Luiz has accused the media of a lack of respect after dismissing widespread reports that he is a virgin.

The reports started when the ex-Chelsea man, 28, who was baptised in team-mate Maxwell's pool, said on Instagram he "would wait" with his girlfriend.

He told the BBC's Football Focus: "My religion, my baptism, I'm very happy.

"People are saying things everywhere about whether I'm a virgin or not. I'm not a virgin."

He added: "Some people in the press don't respect people in life. I can put my head on my pillow and sleep great because I respect everyone."

Brazil international Luiz made 143 appearances in all competitions for Chelsea and scored 12 goals before moving to Paris for a reported £40m last June.

His goal helped knock Chelsea out of the Champions League earlier this season as the Ligue 1 champions reached the quarter-finals before losing to finalists Barcelona.

"We are building things," he said. "We are at a great level now. We've won three titles now in France. We are fighting in the Champions League because that is our ambition also.

"We lost to Barcelona, one of the best clubs in the world who, for a long time, have had the same philosophy. We are improving, year by year.

"I want to win the Champions League next season. I will do everything to win that. Everyone in the club will do the same. The fans support us a lot, they want that just like us. So we are working together."

Encroachers on KNUST lands will face my wrath — Otumfuo war...
24 minutes ago