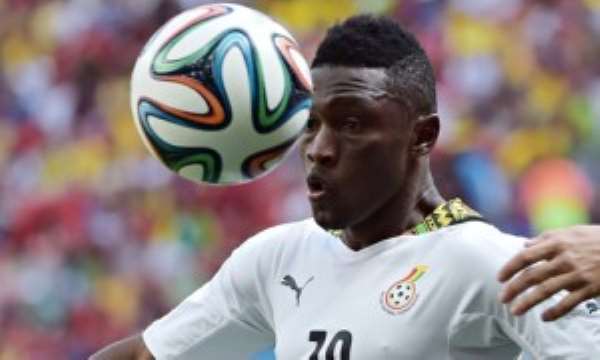 Ghana striker Abdul Majeed Waris is expected to leave Turkish side Trabzonspor after a frustrated season, GHANAsoccernet.com can reveal.

The 23-year-old joined the Turkish side on a four-year deal last year from Spartak Moscow but endured but has endured a difficult time at the club.

Injuries and lack of playing time have conspired against him in his first season at the club where he’s made 16 appearances.

The Ghanaian international is considering canceling his contract with French quartet Lille, Bordeaux,Lens and Monaco believed to be interested.

Waris will not be new to French football after he enjoyed a fabulous run during his short loan spell with Valenciennes where he bagged nine goals.

The former Right to Dream Academy product missed out on Ghana's squad for the 2015 Africa Cup of Nations due to injury.

He is desperate to return to regular action, prompting the decision to look elsewhere.