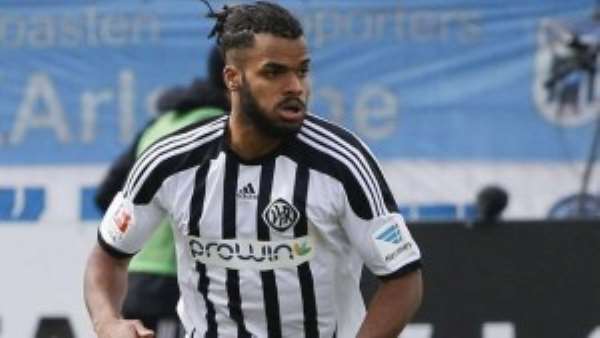 Ayeyh, 23, who plays for German second-tier VFR Aalen has been a towering figure since he made the switch from MSV Duisburg.

Union Berlin have initiated moves to prize the talented right-back away with Aalen almost certain to be relegated.

They see him as direct replacement for Christopher Trimmel who is set to leave the club at the end of the season.

The soon-to-be Ghanaian international has played 30 matches for Aalen this season with three games left to spare.

Akufo-Addo To Tour Accra On Tuesday
2 hours ago