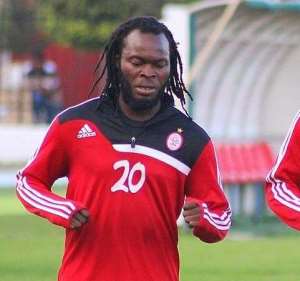 Yahya Mohammed who until joining the Dormaa based club was a free agent after terminating his contract with Libyan giant Ittihad Tripoli due to financial crisis.

The 28 year old attacker since his arrival in Ghana has been courted by a host of Ghanaian clubs which include; Hearts of Oak, AshGold and Medeama but Aduana Stars move swiftly to capture Yahya Mohammed.

Public Relation Officer of Aduana Stars, Appiah Kubi confirmed his side's capture of Yahya Mohammed by stating that the former Tema Youth player has inked a 2 year deal with the 2009/10 Ghana league champions.

'I received a message from my Chief Executive Officer, [Albert Commey] that the club has completed the signing of Yahya Mohammed on a 2 year deal, so I can confirmed that he is now Aduana Stars player,' he said in an interview.