After 7 Down Fire Service 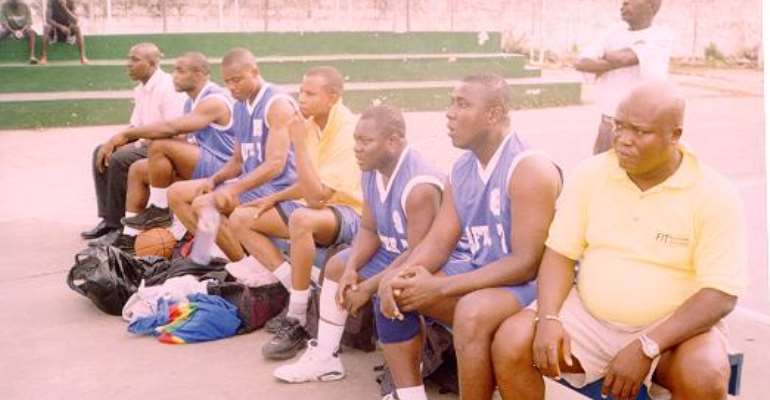 In what seemed to be blow out for Fire Service last Saturday, After 7 Veteran's basketball club put up a late surge to beat Fire Service 59 - 55. Fire Service led the first quarter 17 - 6 and at one point in the second led by as many as 14 points and closed the second quarter with an eight point lead.

In the second half, After 7 came back strong. The veterans erased a ten point deficit and led by the same margin at a point. Fire Service attempted a late rally but time was their greatest enemy. the final whistle went before they could get within four points of the veterans. After 7 plays league leaders Braves of CEPS this saturday.

In other games, Reformers beat Warriors 52 - 39. Holy Family managed a reare win against Magic in a low scoring game, 19 - 18 and then lost later in the week to Yotive 81 - 27. The Braves of CEPS played perhaps their toughest game in the league this season against the Flakers of Budumburam and 53 - 41. In the women's game. CYO trounced CEPS 54 - 32.

Sam George Advises Domelevo Not To Go To Court Over Accumula...
3 hours ago