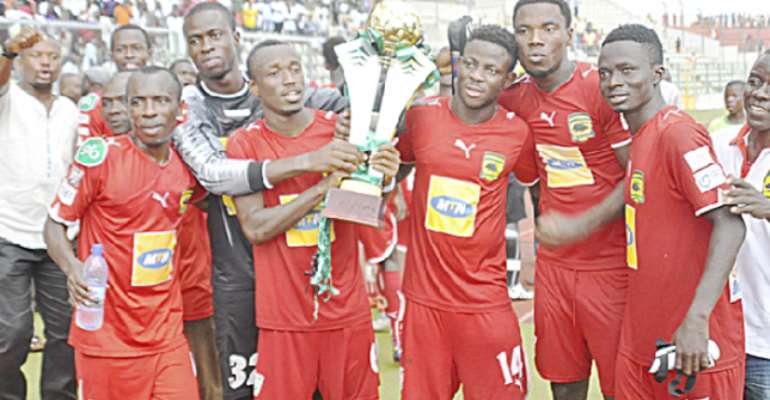 Asante Kotoko edged New Edubiase by two goals to nil in the Elite  Cup Competition at the Baba Yara Sports Stadium on Sunday.

The Porcupine Warriors got the two goals from both halves of the game through an own goal and another from Elvis Amos.

Asante Kotoko shot into the lead in the 14th minute after Fuseini Nuhu connected Prince Baffoe's  floated ball with his head to find his own net.

New Edubiase United fought had to search for the equaliser, but it was Kotoko that doubled their lead with 15 minutes into the second half to seal victory.

The other group 2 game between Ashanti Gold and Dunkwa United has been postponed.

Kotoko's next game in the Elite Cup will be against Dunkwa United,  while New Edubiase United will host Ashanti Gold.