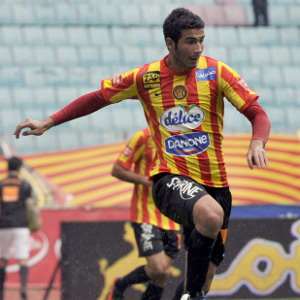 Esperance have been hit with another injury setback ahead of their CAF Confederation Cup clash against Hearts of Oak with striker Haythem Jouini being ruled out for four weeks.

The 22-year-old is required to stay out of action after sustaining a knee injury in the 1-0 defeat to Club Africain on Tuesday.

Jouini has been told he will need to rest for four weeks in order to recover from a sprained knee.

MRI scans was conducted on the knee of the Tunisian striker after which this diagnosis was made.

The situation now leaves under-fire coach Jose Morais without his preferred striking pair for the game against Hearts on Sunday.

The Phobians have already arrived in Tunis to finalize their preparations for the first leg clash.