'Ready to rumble': Fiamenyo confident of Hearts of Oak win over Esperance 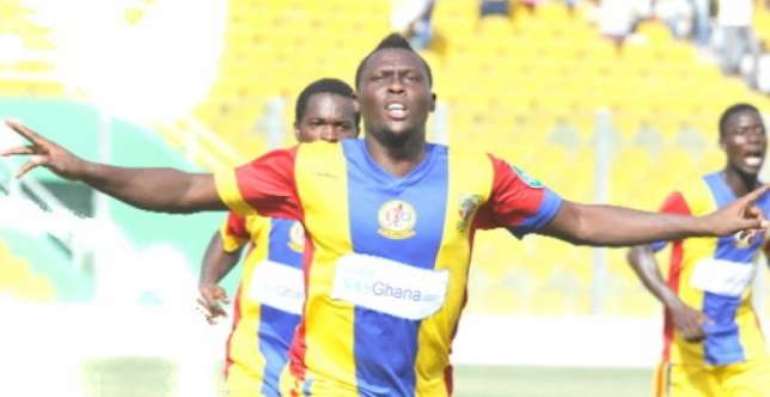 Leading striker of Accra Hearts of Oak, Gilbert Fiamenyo has confidently stated that his side's target against Esperance de Tunis come Sunday is to pick a vital win in Tunisia.

The Phobians will square it off against Esperance de Tunis at the Rades Sports stadium in Tunisia in the first leg duel of the final round of the 12th edition of the CAF Confederation Cup.

And Gilbert Fiamenyo is unfazed about the home side's threat as he is confident his team will win in Tunis.

'We are not going there to defend, but then taking a winning mentality there,' Confident Fiamenyo said.

'We are not going there to defend but also try to get a win there just like we've done throughout our campaign in away games.'

The Tunisian giant were dropped to the Confederation Cup competition after  they got eliminated on a 2-2 aggregate by Sudanese side El Marreikh in the CAF Champions league while Hearts of Oak sealed a qualification into the next stage of the second-tier club  football competition on the continent after eliminating AC Djoliba from Mali.