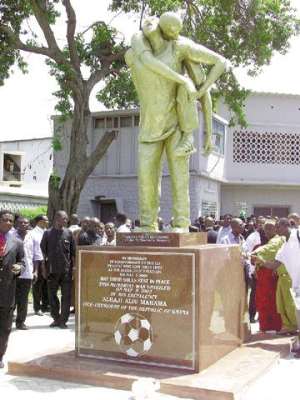 Retired referee Wilson Sey insists he has no regrets in his performance that was widely attributed to the violence that led to the May 9 disaster in 2011.

The Cape Coast referee was accused for allowing Ishmael Addo's purported offside goal to stand to draw Hearts of Oak level after Lawrence Adjei had opened the scoring for Asante Kotoko.

Addo struck later on to win the game for the Phobians before their home fans at the Accra Sports Stadium.

Angry fans started throwing missiles onto the pitch in protest of referee Sey's decision with some supporters claiming he disregarded a flag by his assistant referee signaling Ishmael Addo was in an offside position.

The situation escalated resulting in the firing of teargas into the stands.

Over 120 people were later reported to have died in one of the worst stadium disasters in Africa.

But Wilson Sey who is now a retired referee remains adamant he has no regrets especially in taking the crucial decision that is believes to have served as a catalyst for the disaster.

“I only got to know of the incident when I returned to our hotel,” he told Kasapa FM.

“We put in our all on the day.”
The 14th commemoration of the May 9 disaster was marked over the weekend in a series of activities both in Accra and Kumasi.