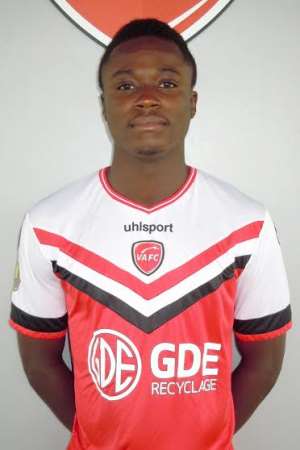 France-based Emmanuel Ntim says he will be stunned if he is left out of the final Ghana U20 squad for the FIFA World Cup.

The Valenciennes defender is currently with the Black Satellites in New Zealand as they prepare for the FIFA U20 World Cup which commences at the end of this month.

Coach Sellas Tetteh is required to submit his final 21-man squad to FIFA by May 15.

This means Tetteh would have to drop some players from his provisional squad in order to make the required number.

But Emmanuel Ntim is confident that his performance so far in the team's training camp in New Zealand makes him un-droppable.

“I will be very shocked if I don't make the final squad,” he said.

“I have been working very hard and I am confident I will make the squad.”

The former Right to Dream Academy trainee is one of 13 foreign-based players called up to justify their inclusion in the team.

The Black Satellites are currently competing in five-nation international friendly tournament in New Zealand ahead of the World Cup where they are drawn in the same group as Argentina, Austria and Panama.