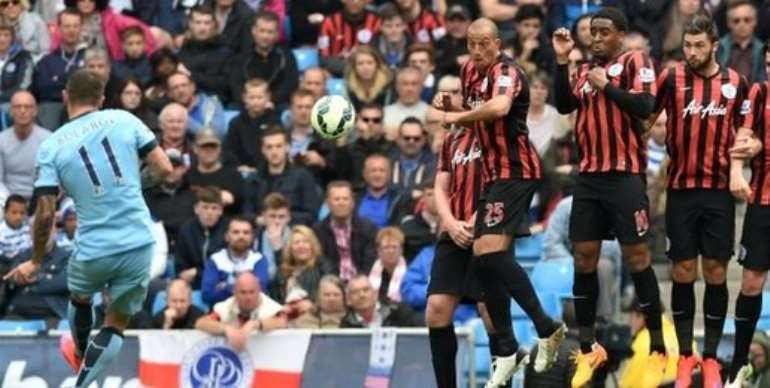 Queens Park Rangers have been relegated from the Premier League after a tame surrender against Manchester City.

Sergio Aguero struck a hat-trick, with two of his goals coming after poor defending and the third via a penalty.

Aleksandar Kolarov curled home a first-half free-kick and both James Milner and David Silva tapped in late on.

Second-placed City could have had more as they overwhelmed a poor Rangers side who, on this display, deserve their instant return to the Championship.

Off the field, problems are brewing too, with the club facing a fine of up to £58m from the Football League under its Financial Fair Play rules. Failure to pay could see QPR being refused entry into the Championship.

Chris Ramsey's side needed to win each of their final three matches to have any chance of survival, but the manner in which they were beaten by deposed champions City was disappointing.

They were woeful in defence and virtually non-existent in attack as they invited a relentless torrent of attacks from their hosts - City enjoying 60% possession in the match and creating 22 efforts on goal.

Milner was allowed to whip balls in from the right time and again, while the visitors had no answer to Silva's cute threaded balls inside the left channel and into the feet of Aguero.

The Argentina striker picked Rangers' pockets all afternoon, and he took just four minutes to open the scoring when he was allowed to run through the middle unchallenged and clip the ball over goalkeeper Rob Green.

The QPR wall parted to allow Kolarov's low free-kick to nestle into Green's bottom right-hand corner, before a deluge of goals came after the interval.

Aguero got his second when he dispossessed Yun Suk-Young and ran through on goal before applying a cool finish, then he scored his 31st of the season from the spot - his most prolific season at City yet.

The penalty award was harsh on Rangers, who were punished when Silva went down under Matt Phillips' challenge.

Milner tapped in from close range before Silva took the ball away from Green with some neat footwork to side-foot home from four yards out.

Substitute Wilfried Bony hit the post and was also denied by Green, who made a number of good saves to prevent the scoreline from being even greater.

QPR striker Charlie Austin did have an effort ruled out for offside in the first half, but it was a rare moment of inspiration from a relegated side who have much to think about in the summer - not least the future of their manager, Ramsey.

City too are likely to consider the position of their manager in the summer - with Bayern Munich boss Pep Guardiola being linked with the post this weekend - but, for now, the focus remains on the league table where City have gone three points clear of third-placed Arsenal, who have two games in hand.