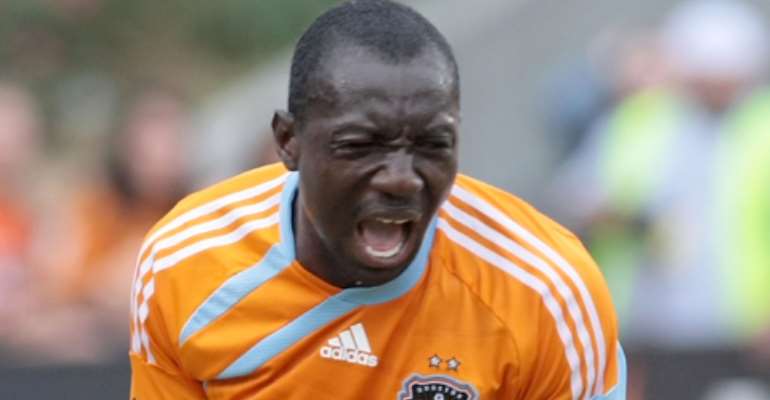 Ghanaian striker Dominic Oduro scored the consolation for Montreal Impact in their 2-1 defeat against Portland Timbers on Saturday.

Oduro, 29, climbed off the bench to grab the face-saving goal for the home side.

The Timbers opened the scoring in the 64th minute when Nat Borchers headed home a bouncing ball from in close off of a set piece, after an initial shot deflected off the crossbar.

Midfielder Diego Valeri, making his first start of the year due to injury, pounced on a loose ball just inside the corner of the box and curled it far post for the Timbers' second marker six minutes later.

The Impact didn't back off though, immediately attacking the goal a minute later when Eric Alexander hammered a shot that was saved by Timbers' keeper Adam Kwarasey, but Dominic Oduro tucked in the rebound.

The home side thought they tied things up a few minutes later when Jack McInerney's header crossed the goal line, but it was called back as the assistant referee saw a foul in the box on the play.

I Wish You Die In Prison — Judge To Convict Who Defiled His ...
51 minutes ago