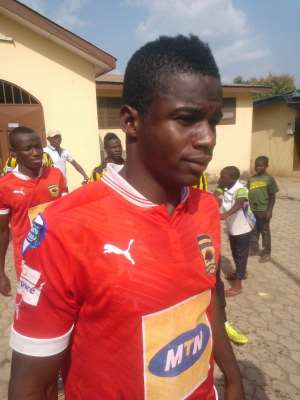 The Ivorian striker walked off one of the training sessions in the week clutching the back of his right thigh in subtle pain.

Toure is the first major casualty of coach David Duncan's decision against resting his players at the end of the first half of the season.

Instead, he brought the entire team to Tema for rigorous physical exercises with a target of improving the fitness of his players.

The team have meanwhile been forced to cut short their program in Tema with the announcement that the second half of the season will commence on June 7 from its initially set tentative date of May 17.

The team will return to their base in Kumasi on Sunday.