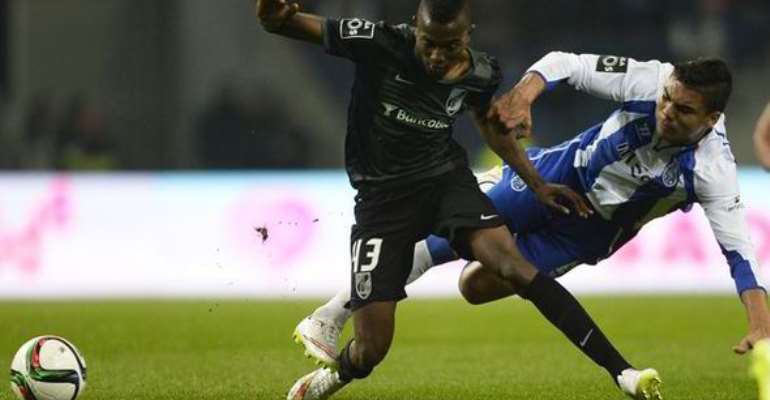 Jorge Mendes Mendes is trying to encourage Manchester United to sign Bernard Mensah from Vitoria Guimaraes, according to reports.

Mensah, 20, has caught the eye of clubs across Europe with some impressive displays in the Primeira Liga this term.

United are said to have scouted the Ghanian midfielder – who has been compared to Yaya Toure – in recent weeks but face competition from Inter Milan and Valencia.

But according to Portuguese paper O Jogo, the player’s agent, Mendes, is pushing for United to sign the 20-year-old in a £7million deal as soon as possible.

Mendes has a close working relationship with United – with clients Radamel Falcao and Angel Di Maria already at Old Trafford.

But Mendes is also hopeful United will meet Mensah’s asking price because he personally owns 35 per cent of the player’s economic rights, according to the reports.

Mensah is still raw but reports in Portugal claim he is capable of making the step up to the Premier League.

Guimaraes’ president Julio Mendes yesterday insisted that he was yet to receive any offers for Mensah.