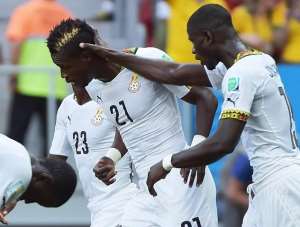 Ex Ghana President John Kuffour wants management of the Black Stars improved to avoid a repeat of the embarrassment at the 2014 World Cup.

Ghana endured its worst ever performance at the finals in the tournament last year staged in Brazil with a bonus row hitting the Black Stars camp.

Players refused to hold training session in the heat of confusing over failed promises made by officials – exposing the nation to worldwide ridicule.

The Black Stars eventually crashed out of the tournament without winning a single match which only an exciting 2-2 draw with Germany serving as the solitary positive in a highly depressing tournament.

Changes have since been made to the management team of the Black Stars which saw the team excel to progress to the finals of the 2015 Africa Cup of Nations.

And former President J.A Kuffour who was very close to the team during his time as Head of State is encouraging more competent management to ensure the debacle of Brazil is not revisited.

“It wasn't so much the playing as the confusion in the camp that undermined the otherwise high quality of the team,” he said.

“I happened to see the team on its way to Brazil in Amsterdam when they played the Dutch national team and I tell you, the Black Stars matched the Dutch team boot for boot.

“Unfortunately we lost but I remember being interviewed and I told the media that Black Stars was a better team.

“But because of the confusion in camp our national team didn't rise to the occasion in Brazil.

“So with sound management I am sure in due course our national team will come into its own.”