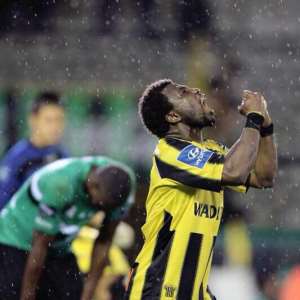 The red army were once again choked at the first round of asking in the CAF Champions league to Algerian side MC Eulma.

The drop in guard means Kotoko have consistently failed at the same stage for the last three years.

Ayew who joined the team in the second half of last season and helped them win the double says Kotoko's continental woes are deep rooted.

“It hurts me to see Kotoko in this position but I can only watch and pray for them,” Ayew told GHANAsoccernet.com

“But the problem is not the players a lot of factors are part especially management.”

“They will all have to look at how other clubs have performed and learnt to them.”