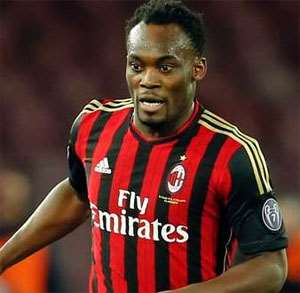 Watford are reported to be interested in signing Ghana midfielder Michael Essien.

The Sun newspaper claims that manager Slavisa Jokanovic has identified their former Chelsea midfielder as a summer target to strengthen his side ahead of their return to the English top flight.

Watford have secured promotion to the Premiership but would want to strengthen the team for the campaign.

Jokanovic is reported to be monitoring the Essien's situation towards making a summer swoop.

The Ghanaian is widely reported to be on his way to the MLS when his contract at Milan expires at the end of the current campaign.

The former Olympique Lyon man has struggled to assert himself since joining Milan in January 2013.