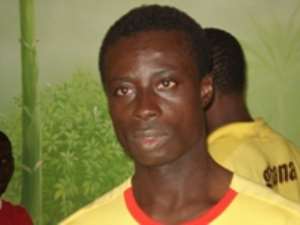 Former Hearts of Oak star Charles Taylor is urging the players to heighten their commitment level as they come up against Esperance in the Confederation Cup.

The Phobians have been drawn against the Tunisian giants in the final qualification round of the Confederation Cup in a replay of their epic clash in the 2000 Champions League.

The Ghanaian giants reigned supreme then to win their first and only Champions League title.

Charles Taylor was a key member of that talented Hearts generation that conquered Africa.

The now unattached winger says the key to their victory then was heightened commitment and is urging the current crop to do same.

“Commitment was key [factors leading to Hearts' win over Esperance in 2000],” he said.

“The [current Hearts] players must be confident in their ability and go all out.”

Just like in the 2000 CAF Champions League final, Hearts will travel away fin the first leg before returning home to finish off the tie.