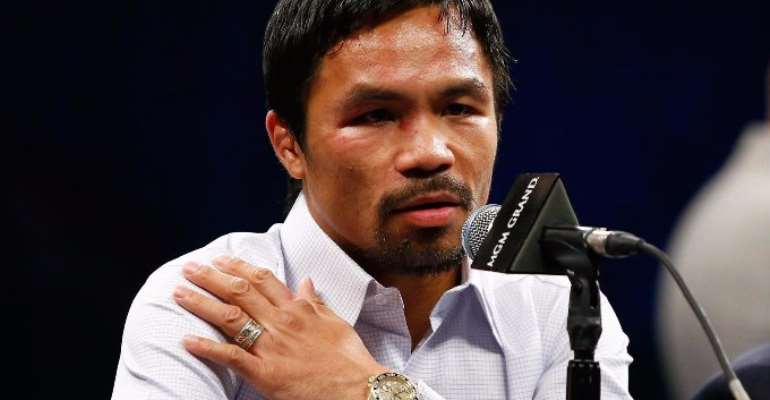 Manny Pacquiao has been named in a $5 million class-action lawsuit, filed Tuesday, claiming that the boxer and his team had failed to disclose his shoulder injury to the Nevada Athletic Commission prior to his May 2 match against Floyd Mayweather Jr., as required by law.

The lawsuit, filed by Stephane Vanel and Kami Rahbaran,“on behalf of all persons who purchased tickets; purchased the pay per view event or who wagered money on the event,” claims damages for those who “were victimized by [the] Defendants’ failure to disclose and to cover up the injuries of Defendant Pacquiao.”

The lawsuit comes on the heels of a Monday report by the Associated Press that said Francisco Aguilar, Chairman of the Nevada Athletic Commission , was investigating why Pacquiao checked “no” when asked to disclose if he was injured. Koncz later shouldered the blame saying, “I checked it. It was just an inadvertent mistake.”

Pacquaio and Top Rank released a joint statement Tuesday regarding the shoulder injury, but not the lawsuit. “A few hours before he was expected to step in the ring, when Manny’s doctors began the [treatment] process, the Nevada Commission stopped the treatment because it said it was unaware of Manny’s shoulder injury.”

Pacquiao is expected to undergo surgery to repair a torn rotator cuff and be out of action for 9 to 12 months.

You're A Covenant Keeping Leader — Ahafo Chiefs To Akufo-Add...
6 minutes ago