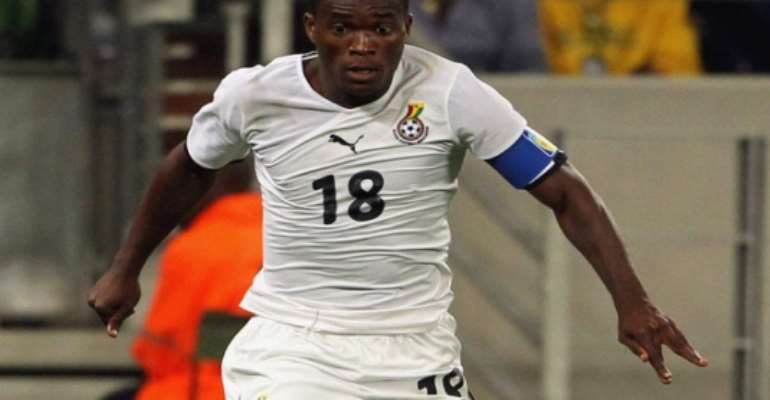 Striker Mahatma Otoo has thanked the Ghana FA through its organization of the Premier League for providing him a unique platform to catapult his football career.

The 23-year-old was presented with a double award as the Goal King and the Footballer of the Year in the 2012/13 Ghana Premier League season on Tuesday .

Otoo who now plays for Norwegian club Sogndal had Elvis Amartey taking delivery of the award on his behalf at the Ghana FA headquarters in Accra.

The former Hearts of Oak captain lauded GFA for providing the platform for him to sell his talent across the world with the Premier League.

“I feel so humble to have been honoured by the Ghana FA and the PLB, they deserve commendations for the unrelenting efforts to put Ghana football on a grand pedestal,” he told GHANAsoccernet.com in an e-mail note.

“I thank them and wish Ghana soccer all the best.
“For some or most of us where would we have been without this promising launch pad?

“We need it to develop our talents and also realize our potentials.

“I must admit the 2012/13 season was a rather difficult but memorable one for me.

“It's thus appropriate to express gratitude to those who have played any role(s) in my career development as well; individuals, coaches/clubs, my numerous fans, family and the sporting media etc. God bless you all.”