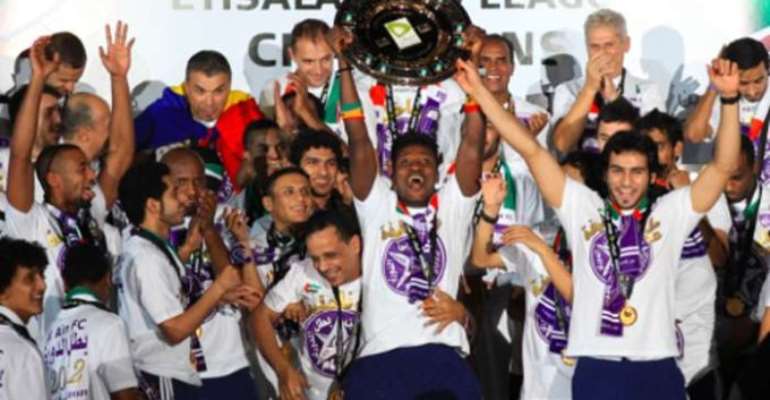 Asamoah Gyan and his Al Ain team will officially be crowned champions of the 2014/14 Arabian Gulf League champions on Saturday.

The Boss will be handed their 12 th top flight title having reclaimed the crown they lost to Al Ahli last season.

A grand ceremony is being prepared to hand over the domestic title to Al Ain after their league match against Al Sharjah on Saturday.

Zlatko Dalic’s side secured the title weeks back having attained an unassailable number of points with games to spare.

This will be after the side’s Asian Champions League match at home to Naft Tehran on Wednesday.

Asamoah Gyan is however unable to retain his top goalscorer title – one he will be losing to Mirko Vucinic in his debut season at Jazira.

The Ghana captain has scored a total of 13 league goals – a staggering 12 behind Vucinic – in a season which has been massively plagued by a series of injuries.