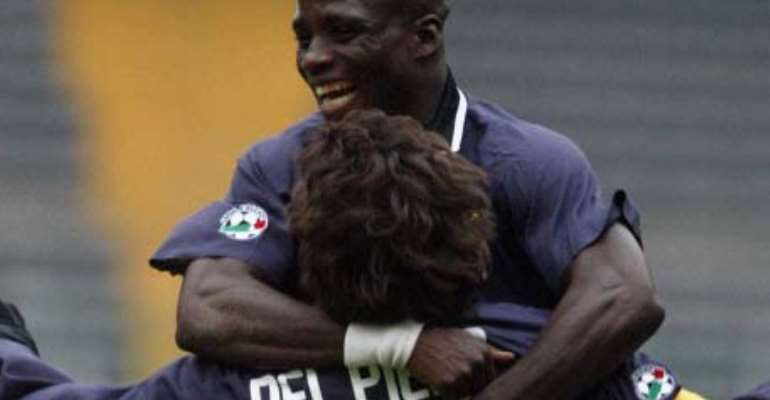 JUVENTUS are ready to test Arsenal's resolve by offering £6m plus Ghana midfielder Stephen Appiah for Sol Campbell. The Italian giants are aware that the England defender is in the last year of his contract and has been told he will have to slash his £80,000-a-week wages if he wants a new deal. That has alerted Juventus and reports in Italy claim general manager Luciano Moggi and director Roberto Bettiga have already contacted the Highbury club. But Gunners boss Arsene Wenger will attempt to resist all offers. Chelsea have also been linked with Campbell, 30, but Juventus believe the powerhouse defender would prefer a move away from London. Juventus are also aware Wenger has been monitoring Ghanaian youngster Appiah. Wenger has received glowing reports about the midfielder's performances during the Olympics. And if Juventus can land Campbell they would be willing to sacrifice Appiah as part of the deal.