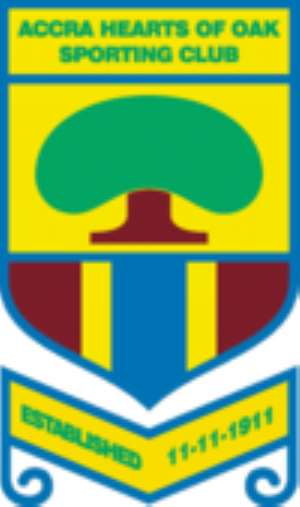 Ghana's sole continental representatives Accra Hearts of Oak advanced to the final stage of the CAF Confederations Cup despite losing 0-1 to Djoliba of Mali at the Accra Stadium yesterday.

Hearts sailed through on a 2-2 aggregate having recorded a 2-1 win earlier in the first leg in Mali.

The visitors scored late in the game, six minutes to the end, through defender Ndiaye Cheiduba, making it Hearts' first defeat in the competition.

The technical team attributed the team's loss to the non availability of its key performers due to national commitments as well as officiating reasons.

For now, the Herbert Addo men are waiting for the completion of the weekend matches to determine which team they will face.