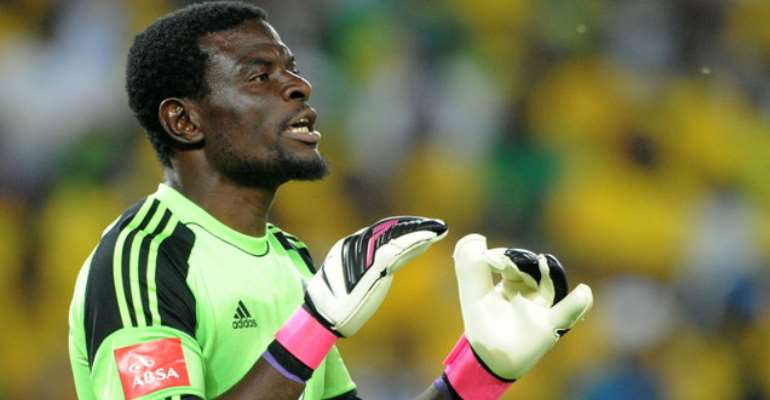 Black Stars goalkeeper Fatau Dauda is feeling refreshed after finally being able to knock down consistent competitive football following on his return to AshGold.

Dauda continues to earn rave review with his performance in the domestic league and was once again the difference with game changing saves in the 1-1 drawn game against Hearts of Oak to ensure the miners finished the first half of the season on top of the log.

The 30 year old's form is even more impressive given a torrid period in the PSL that threatened to wreck his place in the Black Stars.

The former Orlando Pirates man is feeling gaga after making a snap decision to return to the AshGold after a pay dispute with Chippa United.

The decision looks to be golden following Dauda's gradual return to the pitch and form.

“I am really happy I decided to come home. It was a difficult period but I knew I needed games and once I could get them I would get back to my best,” Dauda told GHANAsoccerent.com

“I feel new I believe is beginning to all come back every player yearns for games that what brings the best out of them.”

Dauda has beaten off competition from impressive Robert Dabuo and would be key if AshGold are to win their first league title in over decade.