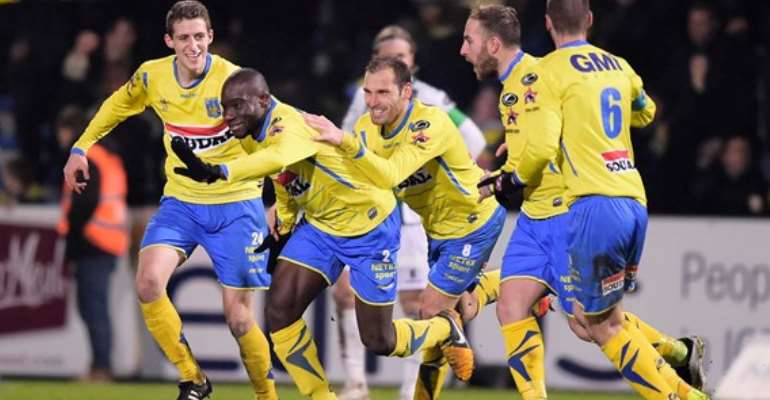 Dutch-born Ghanaian defender Mitch Apau scored a crucial goal for Westerlo as they emerged 4-3 winners against Lokeren in the Belgian Europa League play-off tie on Friday.

The 25-year-old scored in 29th minute to cushion the lead for home in a first-half which the y totally controlled and dominated at the Het Kuipje.

The win could boost Westerlo’s hopes of securing a qualification for next season’ Europa League competition but it was their first win in five games.

It was the second time Apau has scored this season for Westerlo in the Pro League after scoring against Cercle Brugge in a narrow victory in late January.