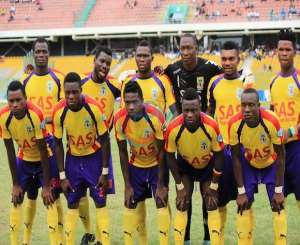 The first half of the Ghana Premier League ended on a high note with the commencement of the second round slated for May 17. Quite a lot happened over the weekend with defending champions Kotoko battering their nemesis Lions whilst league leaders, AshGold failed to put Hearts to the sword.

Unequivocally, the most impressive side in this round has been veteran newbies WAFA. Elsewhere, Inter Allies’ exacerbating form continues downhill.

Let’s analyze the league from a statistical point of view.