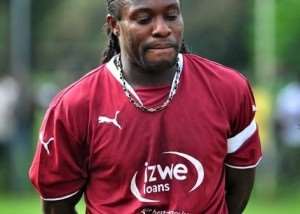 The 34-year-old has returned to his boyhood club after spending 17-years abroad.

The former PSV Eindhoven, Stade Tunisien and Smouha enforcer has wowed the local fans with his sublime performances since January.

He refutted claims of returning to re-launch his career insisting the motive has always been to retire in his native country.

“For some of us, we have nothing to prove to anybody because I am not here to relaunch my career but to retire. I believe that the fans deserve the best at all times and that is why some of us took it upon ourselves to return and help bring the league to an appreciable level”, he said

Attram enjoyed a decent game time for Olympics in their 0-0 stalemate against Hearts in the big city derby on Sunday.