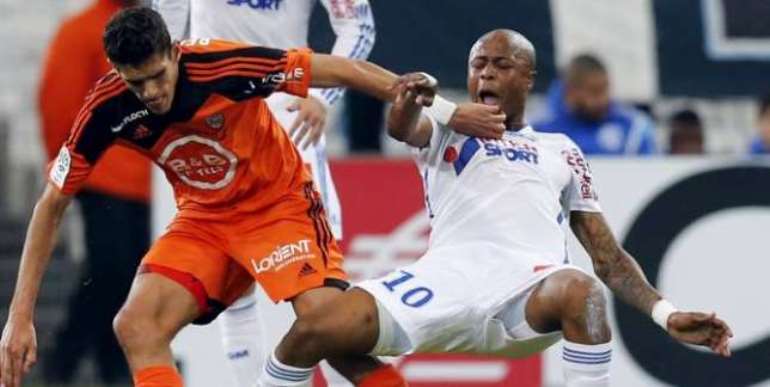 Ghana international Andre Ayew has finally made his choice of club for next season according to reports in France.

The Olympique Marseille player who has been linked with a move to a host of clubs including Liverpool, Wolfsburg, Borussia Dortmund, Swansea City, Inter Milan and Tottenham Hotspur has decided to join Italian Serie A side AS Roma, reports L'Equipe.

The decision from Andre to agree in principle with Roma was mostly inspired by the Italian side's high possibility of playing in the UEFA Champions League next season as compared to the other clubs who have shown interest in the Ghanaian.

Andre Ayew has his contract with Marseille coming to an end at the end of the season and will be available for a free transfer as negotiations to extend the deal at the French club has stalled.

Real Madrid have targeted Chelsea player and PFA Player of the Year Eden Hazard but the Belgium insists he is happy with the English Premier League club.

From what we have witnessed in transfers, happy until when? Your guess is as good as mine.

Liverpool manager Brendan Rodgers has targeted Memphis Depay of PSV Eindhoven, Christian Benteke of Aston Villa and Danny Ings of Burnley as he seeks to revamp his squad -boy! does he need to - for the next seaon.

Delaying To Release Seed Funds For Purchase Of Cocoa Unprece...
36 minutes ago

Buhari Must Show Willingness To Dialogue With Protestors – A...
36 minutes ago