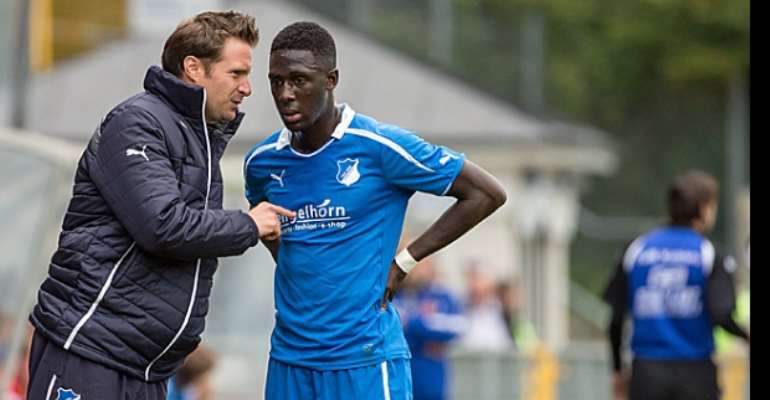 German-born Ghanaian youngster Kingsley Schindler has turned down several overtures to play for the German youth team as he prefers to switch allegiance to Ghana, GHANAsoccernet.com can exclusively  reveal.

The 21-year-old, born to Ghanaian mother has signaled his intention to play for the country's Olympic team.

The TSG 1899 Hoffenheim midfielder has spurned several offers from the German Federation to play for the Under-21 team as he prefers to switch allegiance to the African country.

He youngster says he has been a key follower of Ghana football and feels it's just right to play for the national team.

“I want to play for Ghana. That's where my heart belongs. Of course I have been approached by the German federation but I'm not interested,” he told GHANAsoccernet.com

“I have been a key follower of the Black Stars since the 2006 World Cup in Germany.

“Their exploits in Africa and in the world has excited me a lot and I look forward to the opportunity of playing for my country.

Schindler is seen as a hugely talented midfielder who has attracted interest from Freigburg and Stuttgart.

The youngster will be hoping for a chance to make the country's Under-23 squad and play a part in the qualifying campaign for the 2015 All Africa Games in Congo Brazaville and the 2016 Olympic Games in Rio, Brazil.