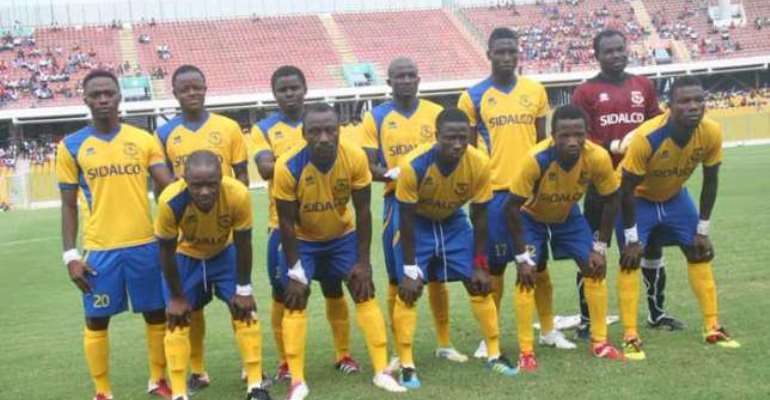 Asante Kotoko settled for a 2-2 draw against New Edubiase United in the First Capital Plus Premier League on Sunday at the Obuasi Len Clay Sports Stadium.

Bernard Ofori Ofori broke the deadlock of the game in the 12 minute, but the league champions replied New Edubiase through Jordan Opoku’s 26 minute goal to bring the game level.

Kotoko who were determined to carry the day shot into the lead through Emmanuel Asante in the 33 minute.

The Porcupine Warriors in the first half made an early substitution by bringing on Latif Amadu for Smallboy Korbah.

Back from the first half break New Edubiase doubled up their effort to put Kotoko under pressure, but they had to wait until Haminu Dramani snatched the equalizer for them with just three minutes to end proceedings.